An employee of Hepburn and Sons, Dr. Daniel Georgiadis was selected by the District of Columbia Council for Engineering and Architecture Societies (DCCEAS) as their Engineer of the Year for 2018! 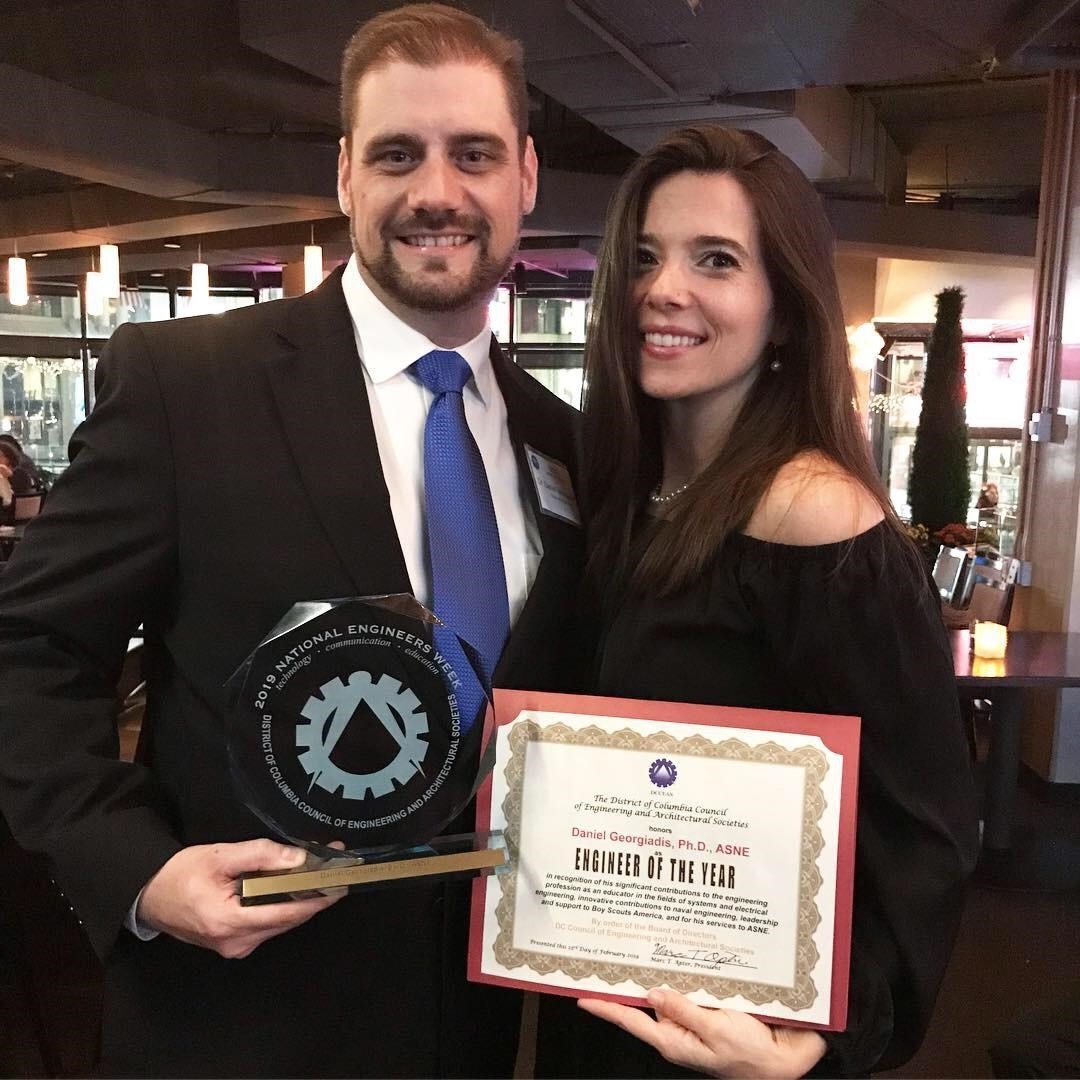 Dr. Georgiadis began his career in the electrical construction industry in 1998. He joined civil service for the US Navy as part of Naval Sea Systems Command (NAVSEA) in 2001 in electrical and systems engineering. He had multiple assignments and duty locations that include Naval Surface Warfare Center Panama City Division (NSWC PCD), Pentagon – Washington DC where he served as a science advisor to multiple Navy and Marine Corps Flag officers, Program Executive Office Littoral and Mine Warfare (PEO LMW), PEO Littoral Combat Ship (LCS). His last assignment in the Navy was at PEO Submarine where he served as the Acquisition Manager for Undersea Defensive Warfare Systems. He’s been teaching Systems Engineering graduate courses since completing his Ph.D. in 2013, as adjunct faculty at The George Washington University. After leaving government service in 2015, Dr. Georgiadis returned to industry as the Chief Technology Officer of Hepburn and Sons LLC, a fast rising DoD engineering consulting firm in Manassas, VA where he stood up a successful technology transition division. He joined the IME department at Florida State University in May 2018 to develop and lead the department’s newest graduate program in Systems Engineering. Dr. Georgiadis’ office is located at the FSU Panama City Campus strategically collocated with Navy, Air Force, and industry partners.